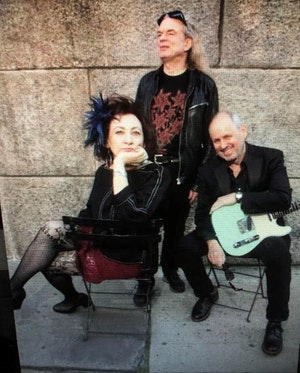 Disturbed Furniture were riding high in New York’s downtown club scene, thirtyseven years ago.
They made a 45, opened for many distinguished local and British bands including the GoGo’s,
the Psychedelic Furs, the Stranglers, Sector 27, The Waitresses, Lydia Lunch, toured around the east coast,
and seemed poised for a provocative and productive future.
They were even asked to open for The Clash at Bonds in NYC.
However, after three short years the band dissolved.
Members scattered to Europe and the west.
In the intervening decades all continued to play and record music.
In 2017, catalyzed by having their old music videos included in a major museum show,
(Club 57: Film, Performance, and Art in the East Village, 1978–1983 at MOMA),
three of the original members* reunited to record new work and perform.
Disturbed Furniture is:
Alexa Hunter on vocals*
Jorge Arevalo Mateus on guitar*
Mick Oakleaf on drums*
and special guest member, Shin Sakaino on bass.
In August, Disturbed Furniture are releasing their new 5 song EP,
"Continuous Pleasures"
and will be performing a show in LA, in August.

For booking and other inquiries, contact us by
email at disturbedfurniture@gmail.com

Hit or a Miss

Angel of Losses
Ill in Paris

Halo of Pain
In the Front 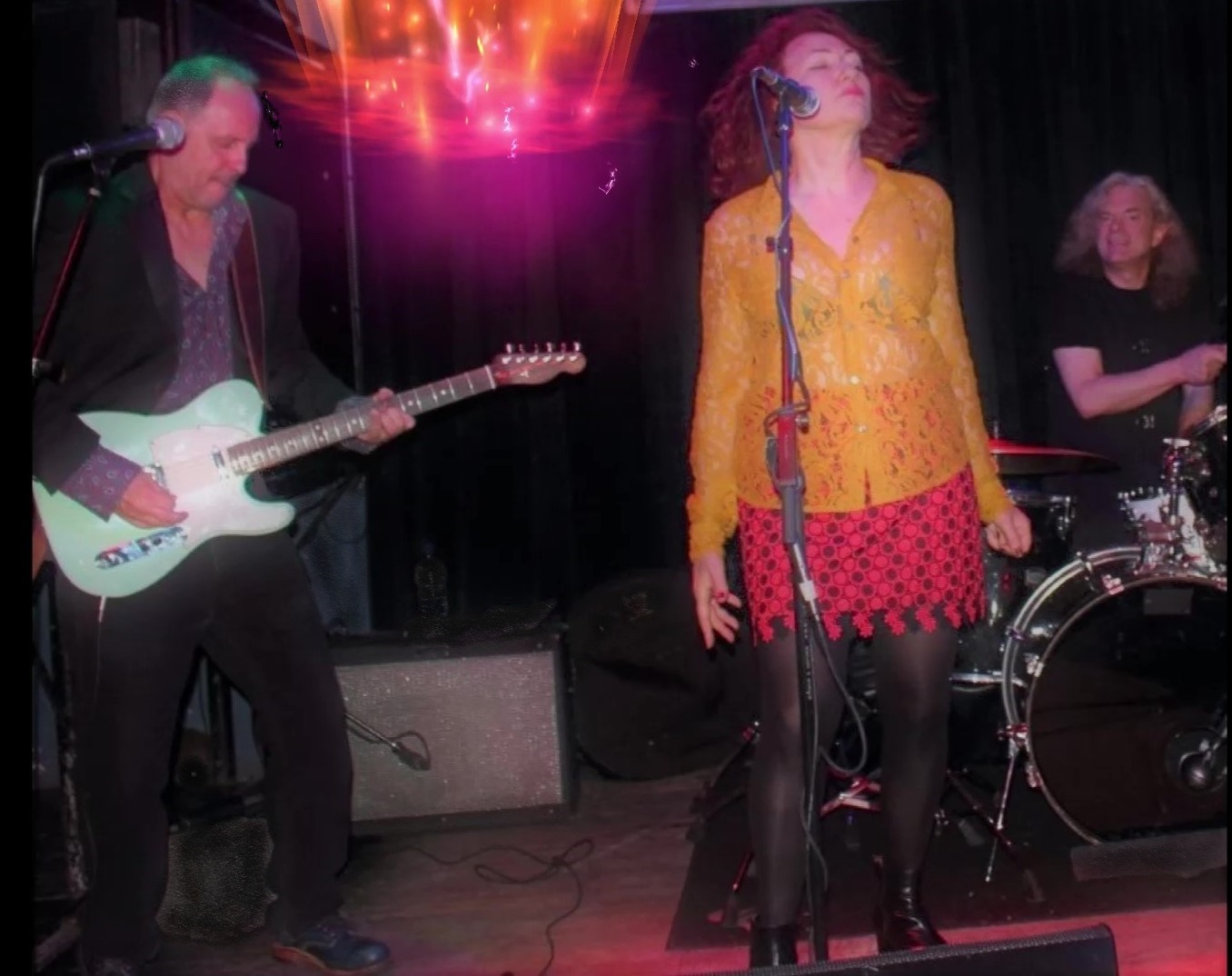 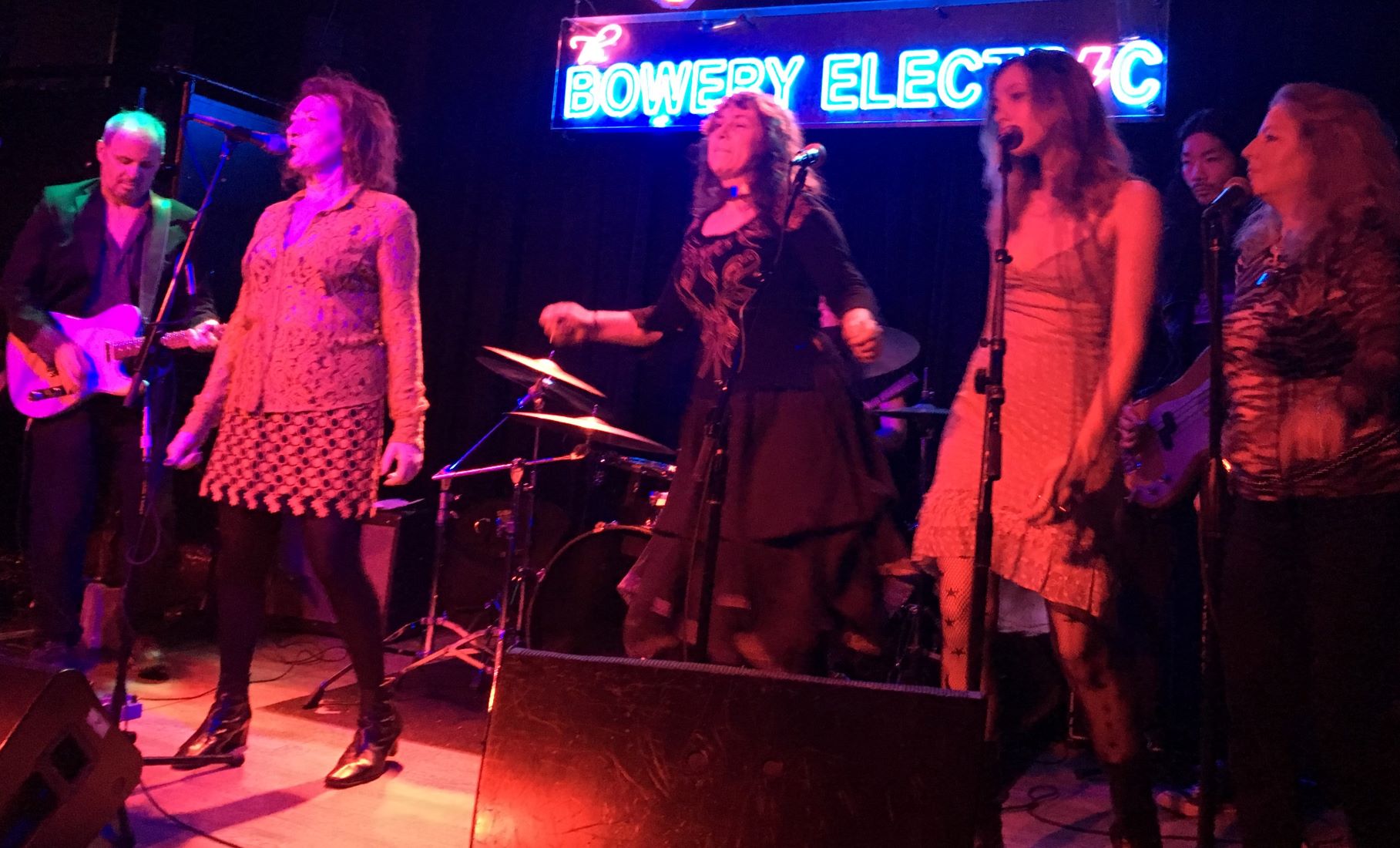 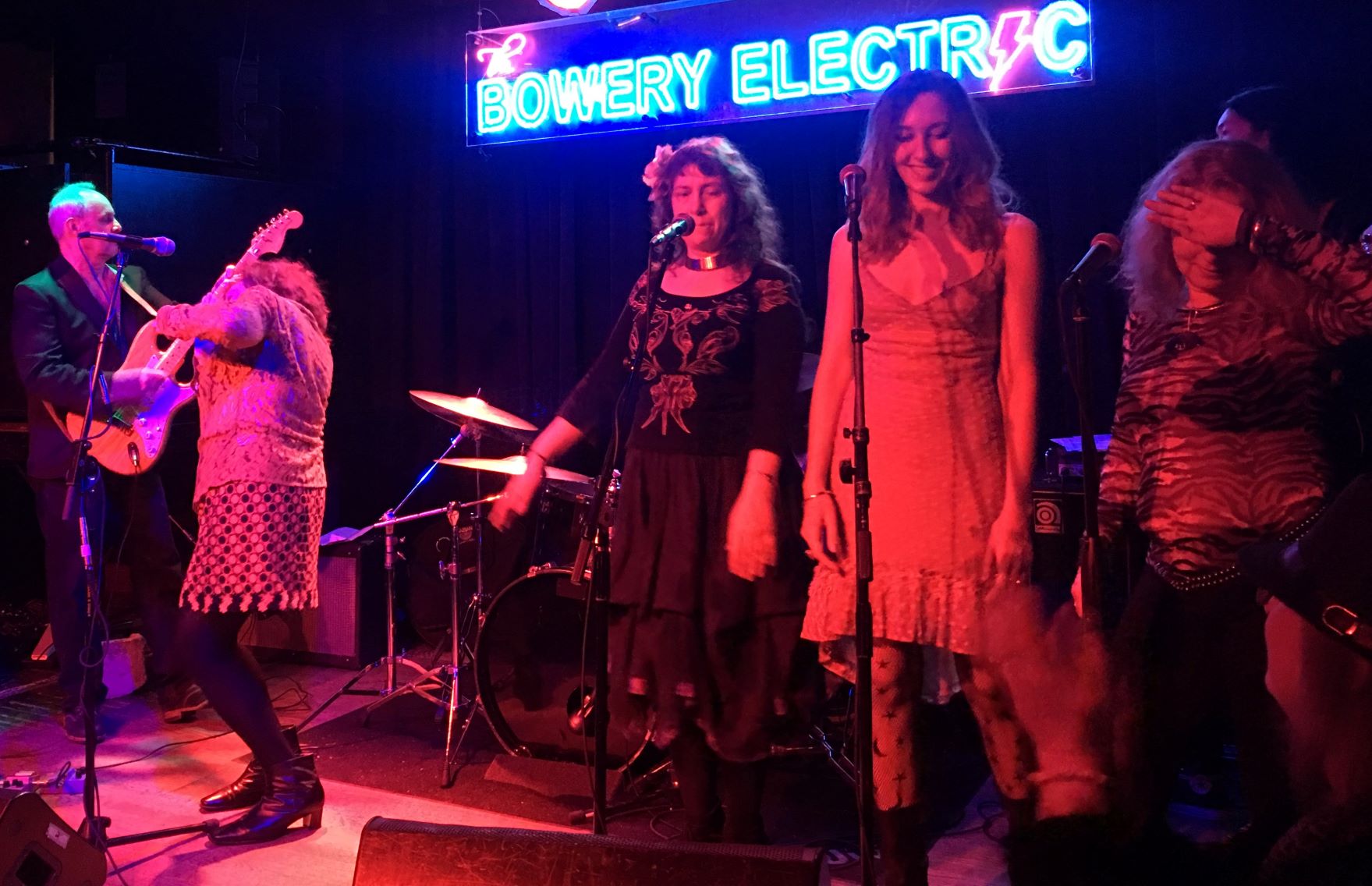 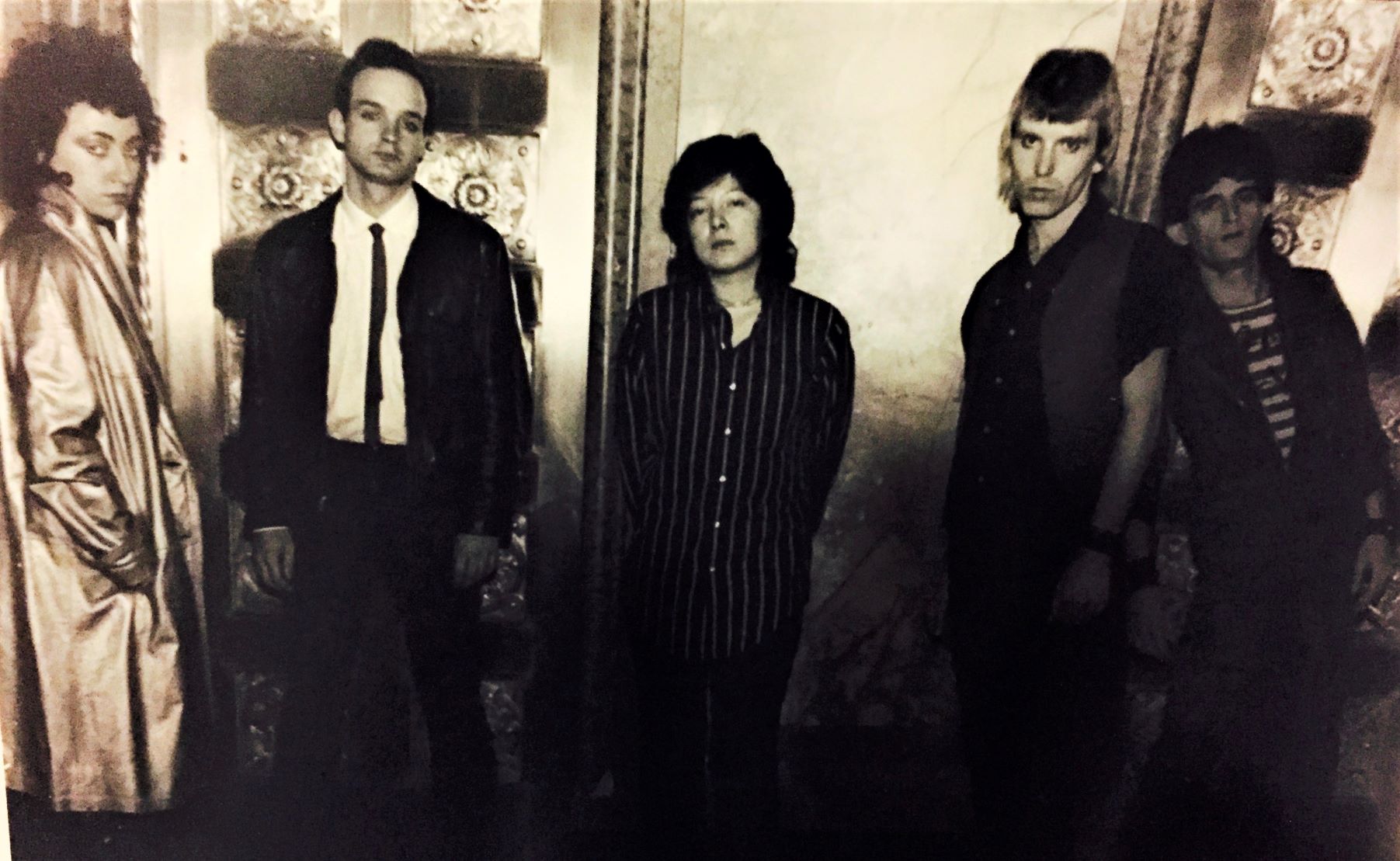 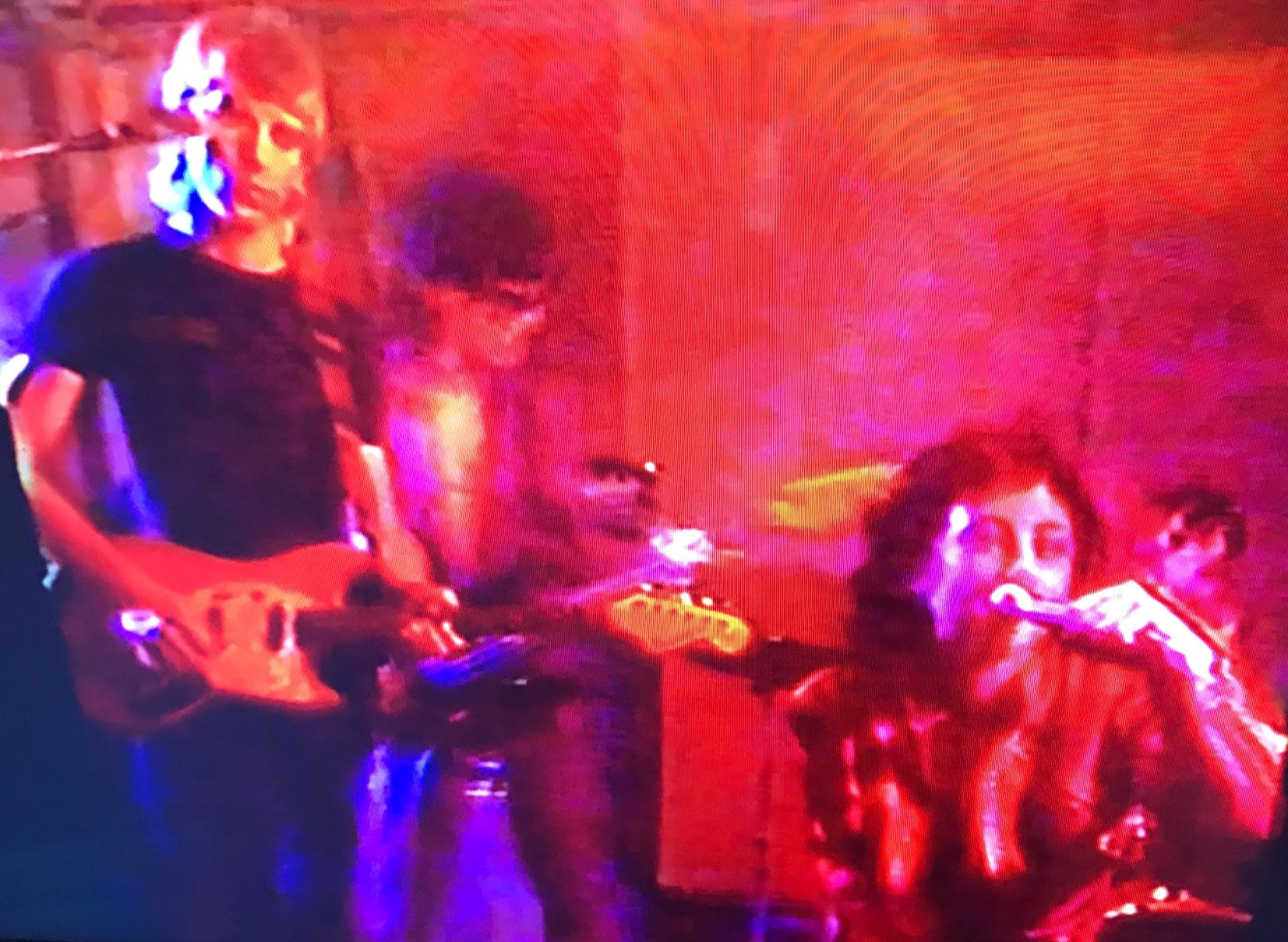 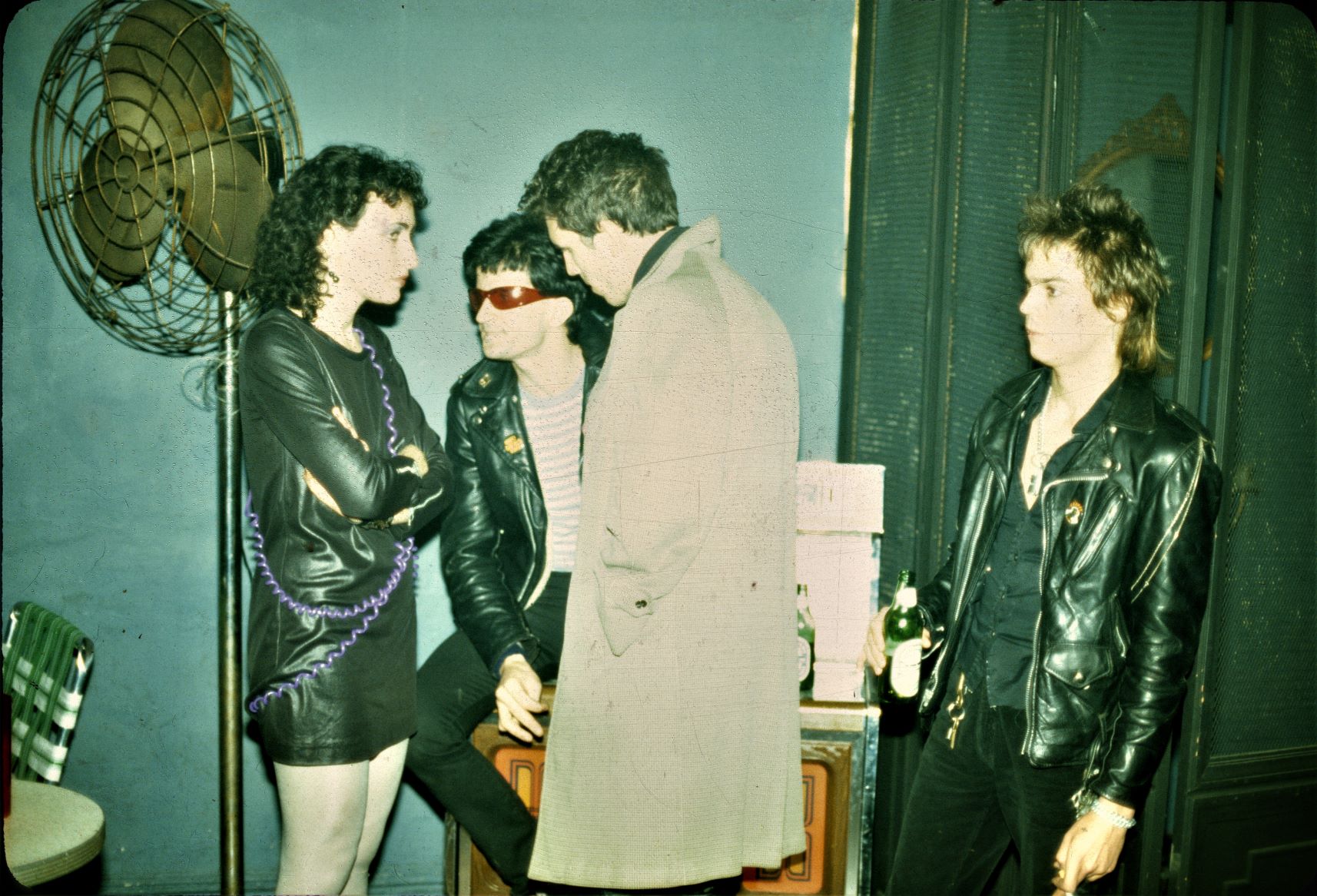 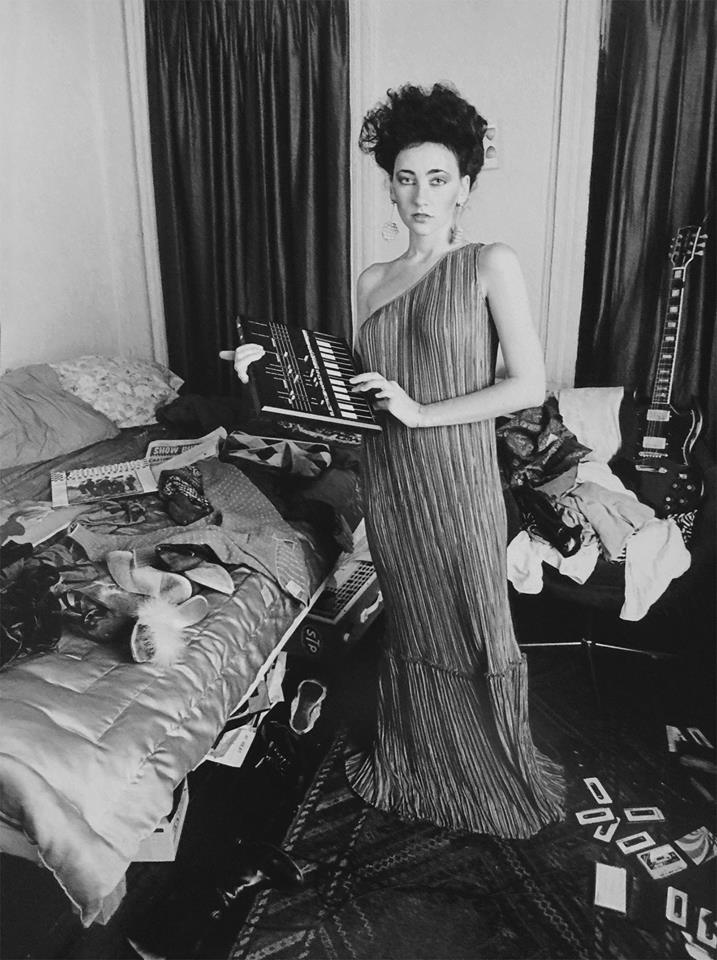 Allan Tannenbaum's photo, from the Soho News, now in his book titled, "New York in the 70s".
Gown by Mary McFadden. Synth by Electro-Harmonix 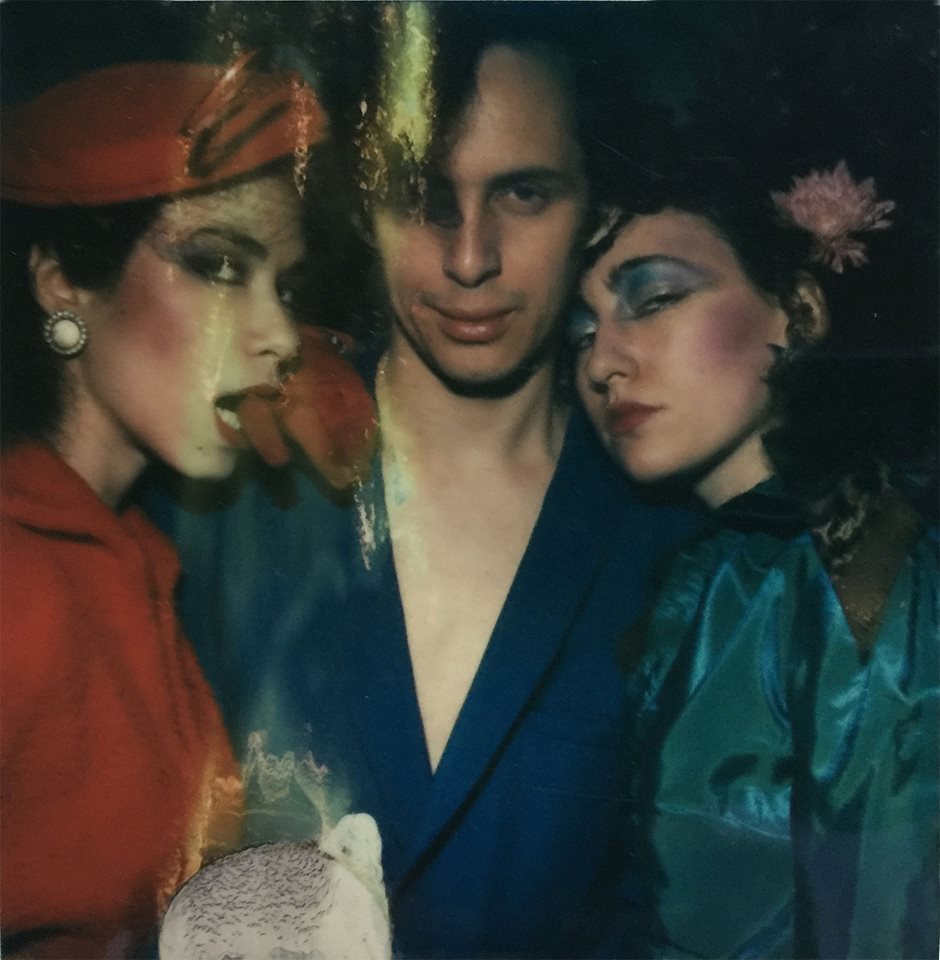 Jorge sandwiched between Karen and me.
Karen and I had been back-up singers in Mande Dahl the year before DF took off.
She later joined up with Walter Steding's Dragon People (band).. 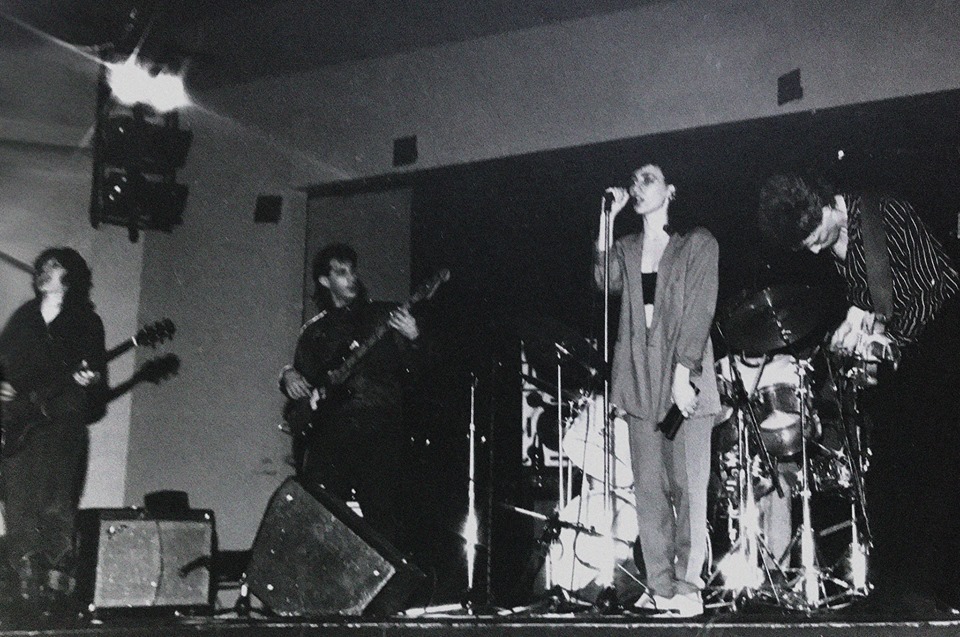